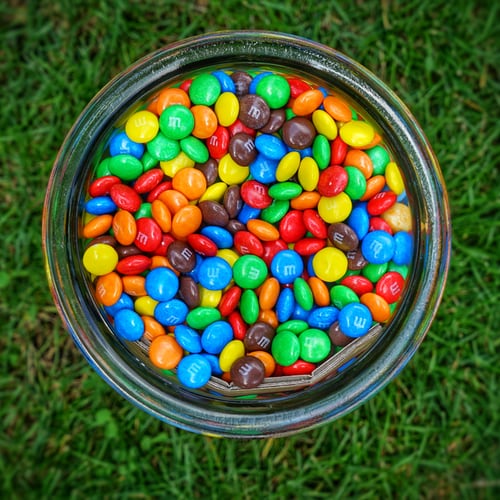 What do the initials M&M's stand for in the famous candy brand?

The two m’s in M&M’s stand for Mars & Murrie, the two founders of the candy. The founder of Mars candy company, Franklin Clarence Mars, had a falling out with his son Forest Edward Mars, and Forest headed to England to make candy. On a visit to Spain, he saw soldiers eating chocolate in a candied shell, which he promptly copied and patented the manufacturing process. Smarties had come out in 1937, and Forest likely was “inspired” by them. He teamed up with William Murrie, son of Hershey’s Company president, giving him a twenty percent stake and using Hershey’s chocolate. Eight years later, in 1949, Mars bought Murrie’s share of the company for $1 million and manufactured them at Mars candy company.

Thanks for playing Trivia Joy! We'll see you tomorrow!

Question brought to you by 1440 Daily News Email

Staying on top of the news cycle leads to a stronger I.Q.

They scour 120+ sources so you don’t have to. In a 5-minute read, you’ll be briefed on topics including culture, science, sports, business, politics – and everything in between. Plus it’s 100% free.

Be the smartest person in the room by signing up today to get all your news in a single email.